Barbara has been a client for probably 10 yrs. She had me come to do a chair for her family room. She was deciding between two chairs...one more of a straight back formal wingback and this chunky large wingback. This one was up in her loft and between the two of us we hauled it down to put it in place to see which one fit the space better. We decided that this chair was a better quality and more comfy than the formal wingback. 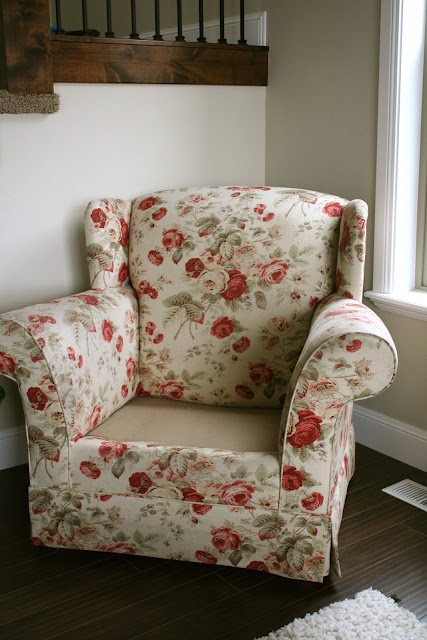 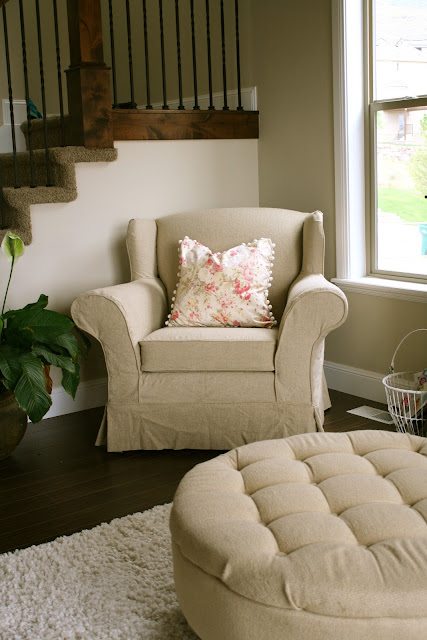 Chair-- AFTER....out of tan linen, which laid beautifully. I didn't have a chance to iron the wrinkles out during the delivery. 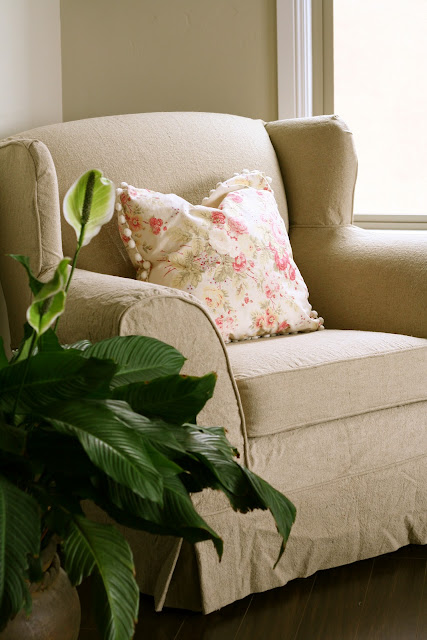 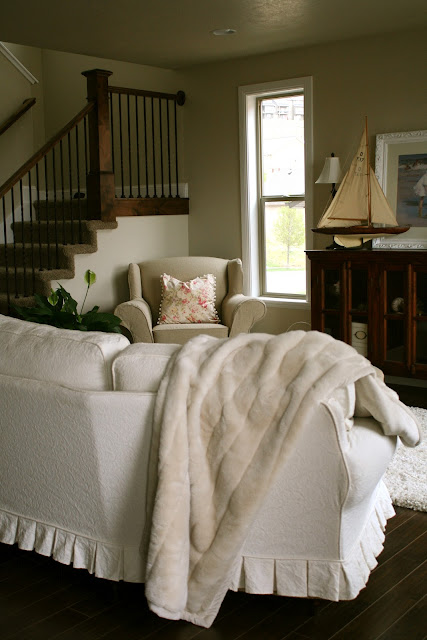 Here is a photo of her couch I did 7 yrs ago! I never took pics of it. It was a cream matelesse with a 5"box pleat skirt all the way around. 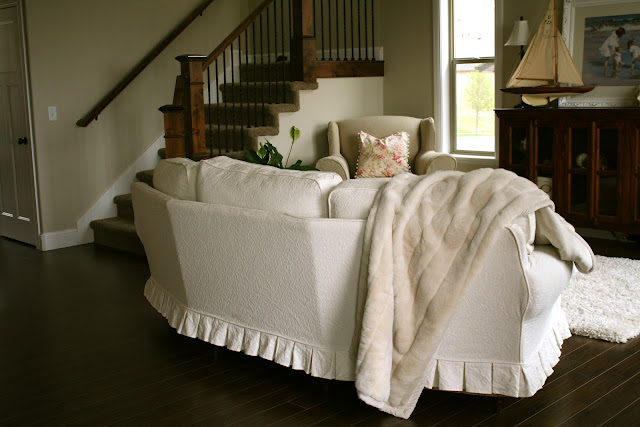 It still looks BEAUTIFUL! I don't think my boys would have been that kind to a couch for 7 years. 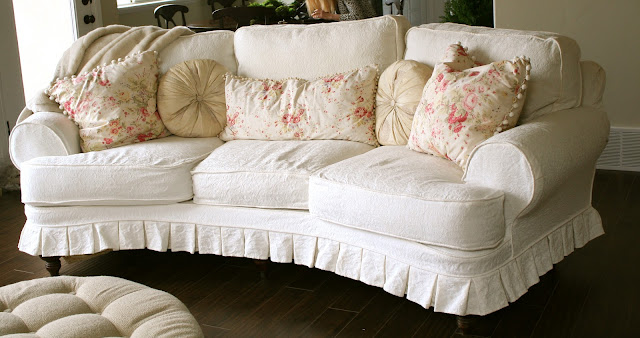 I did a band around the front edge to fit in with the curve of the couch before I attached the box pleat skirt. 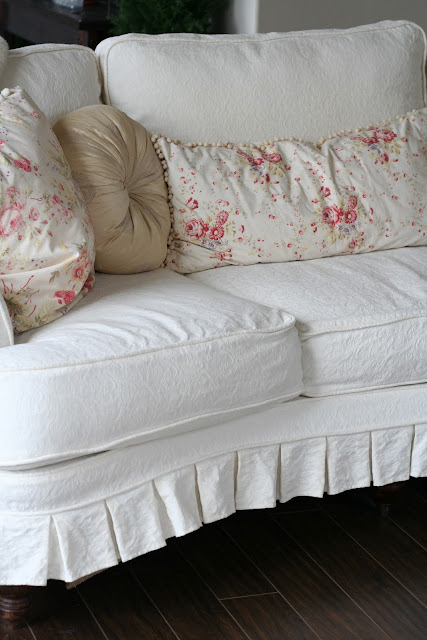 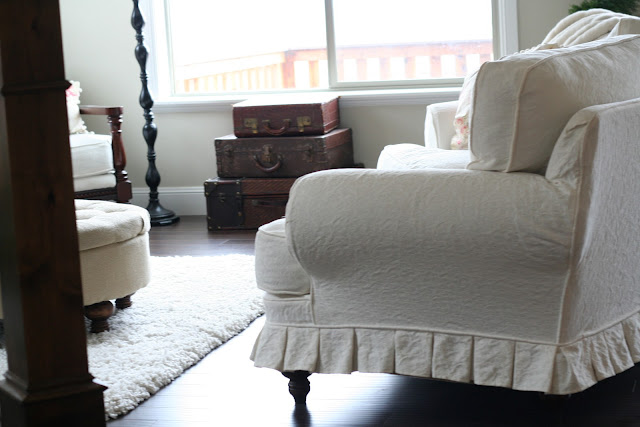 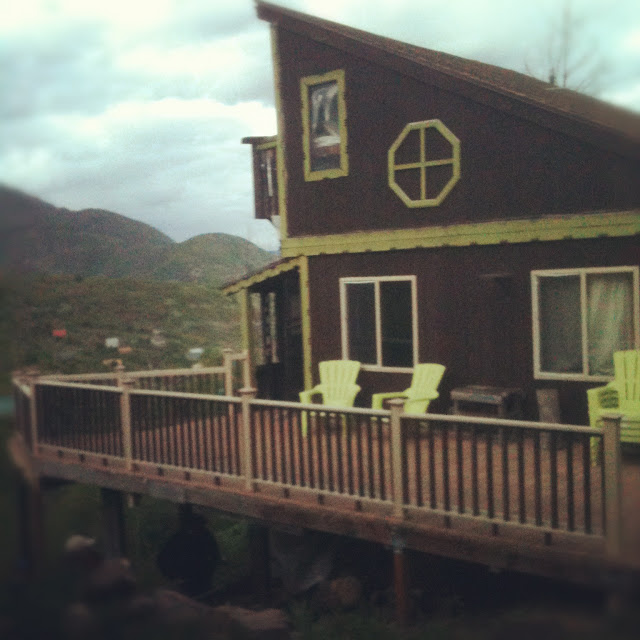 AFTER pic--- Handrail and lower deck is DONE!!! 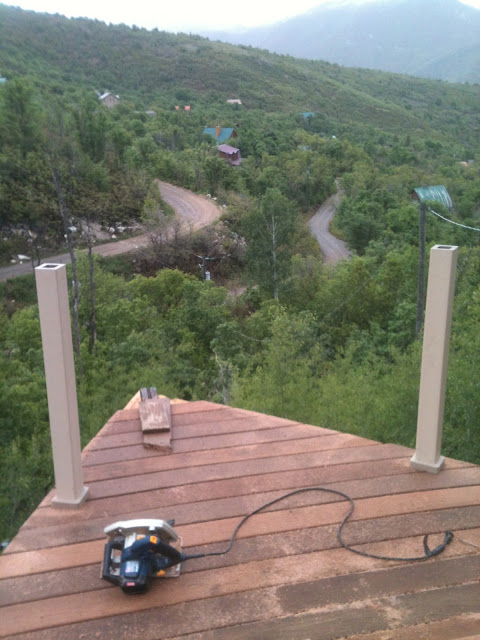 Here is the lower deck section getting finished. 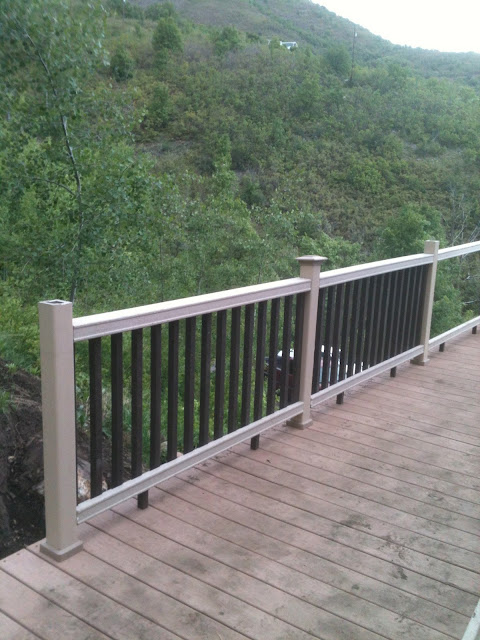 First two sections of completed handrail! I was SUPER EXCITED!  I bought the posts and balusters about a year ago off KSL.com and our local ReStore store. 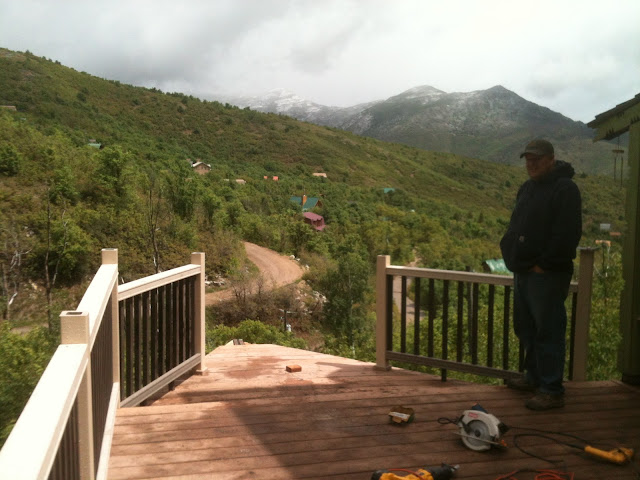 Heber's Brother and our friend Jared came up and helped. 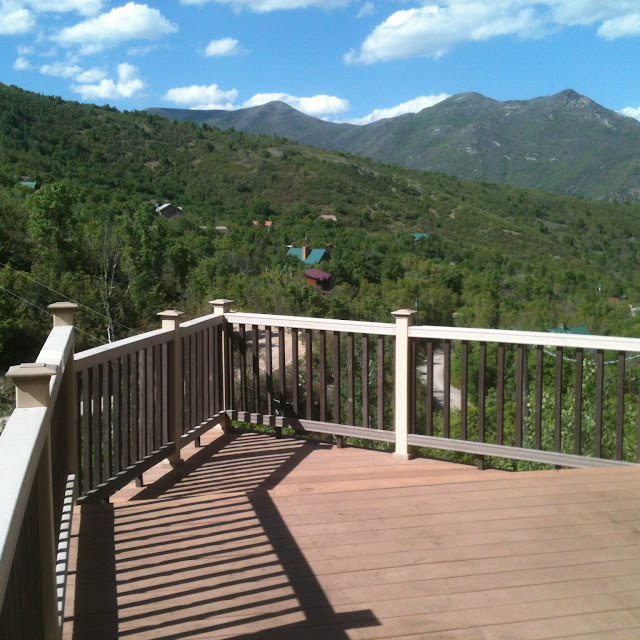 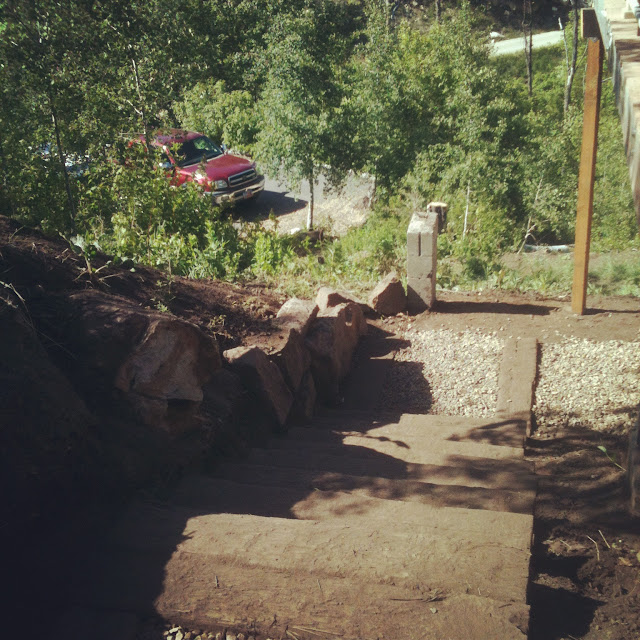 Since we removed the outside stair case, Heber and the big boys built steps into the grade with railroad ties. It was quite the weekend! I spent my time taking the boys on four wheeler rides and putting back on all my slipcovers (I took them all home to wash them...8 loads to wash all the slipcovers, curtains, and duvet covers). The little boys helped shovel gravel and bring it up the hill.

Posted by Slipcovers by Shelley at 4:34 PM

Wow I think its gonna be fab!

Mia and I are SO excited to comes stay at the cabin! The view is amazing, and it will be perfect for the R & R we are coming to enjoy! Can't wait!!
xo,
Jilly

attack of The Mouse said...

Hey, I found you through The "Bits of Everything" Ladies. I love your couches they all look fab. I also love your pillow redoes. I've been wanting to redo my pillows in my living room and hopefully my bedroom as well. Kristen

hi everyone
check out the fabrics at www.fabric-distributor.com,
they have the cutest, cheapest and best quality fabrics
come check them out!

I love the slipcovers you did! Great job!