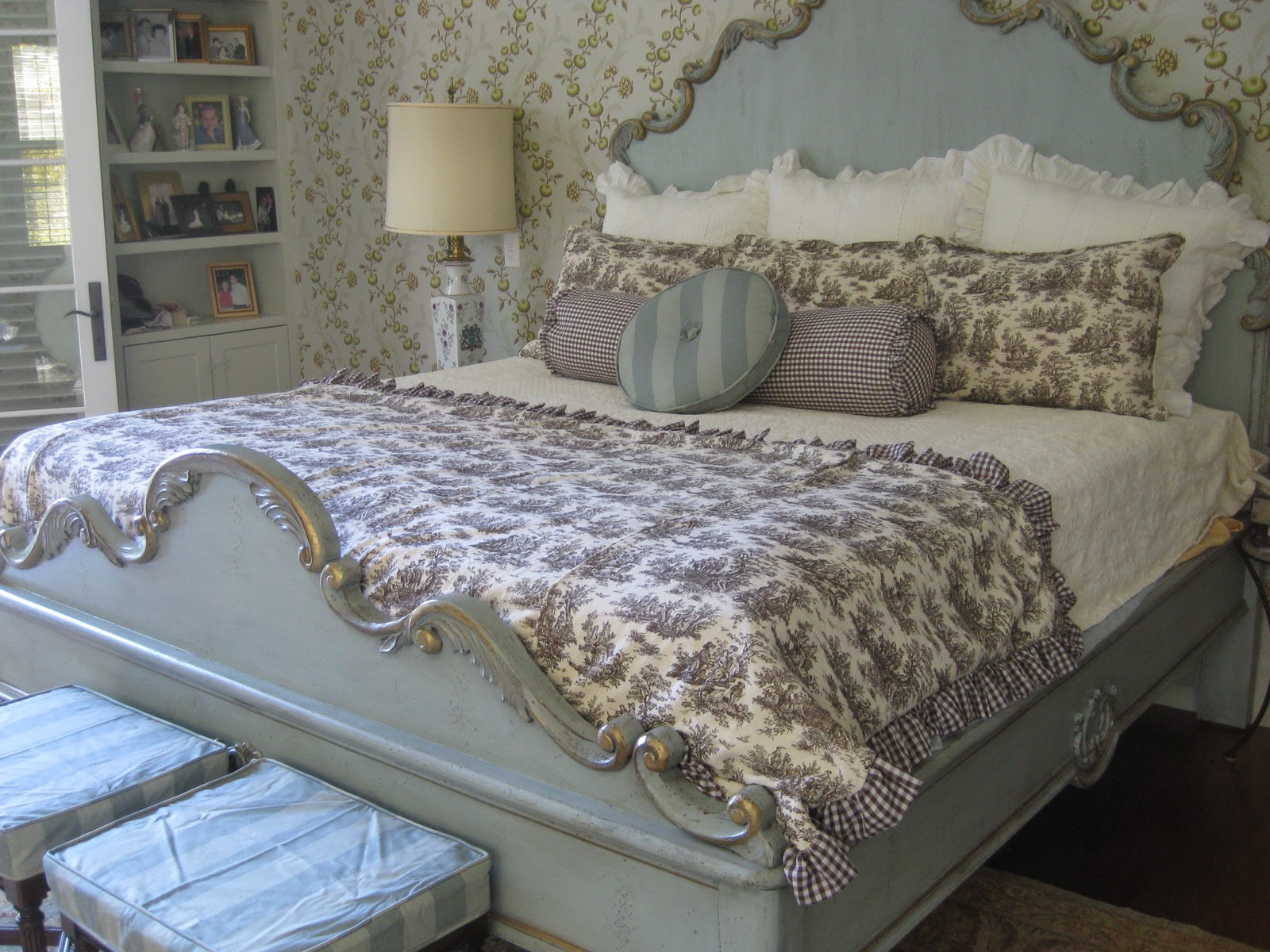 Yesterday I took back beddding for Debbie's amazing bed. She had the White Euro pillows in the back. I made 3 standard shams with piping out of the brown toile. The large check bolster, I had to line because the fabric was so thin, which worked out great for the 1.5" ruffle on the ends of it. 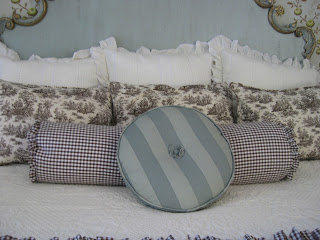 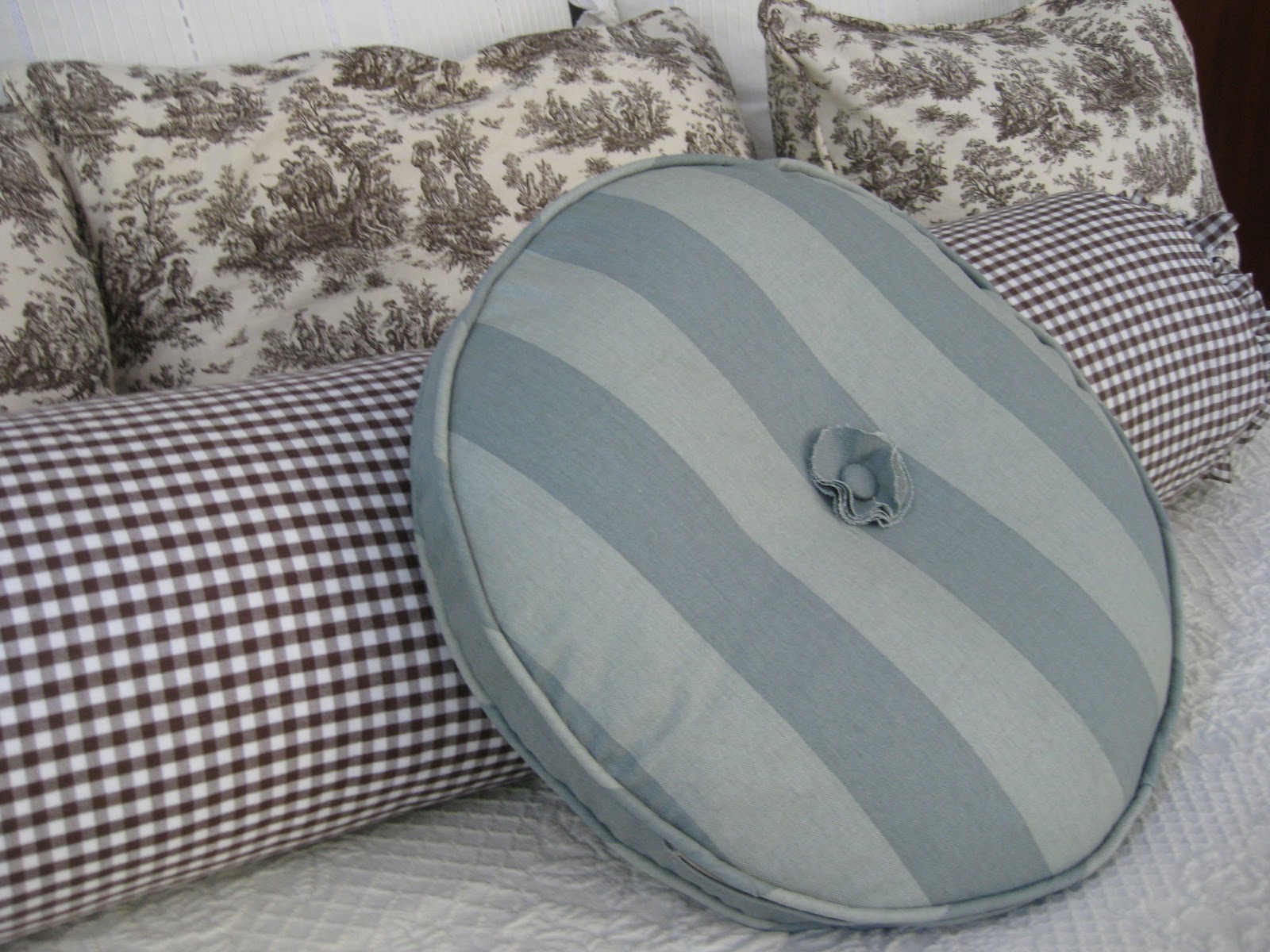 She wanted something out of the blue stripe just to tie in the footstool covers that I made for the end of the bed. So I decided to do a boxed round pillow...which felt a little masculine for the bed, so I added about 7 layers of circles of the fabric and tufted it in the middle with a covered button. So it kind of looks like a rosette or flower. 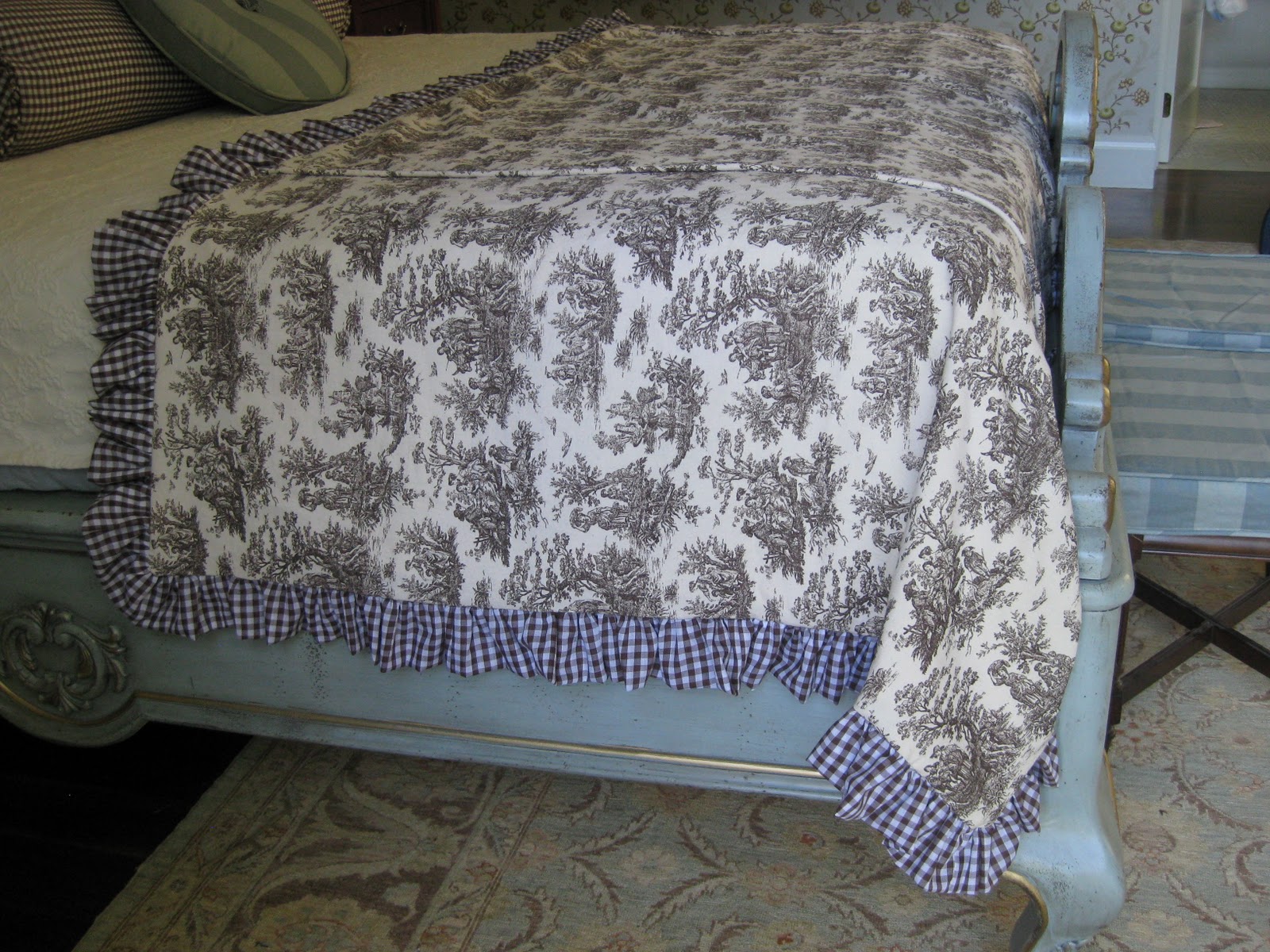 She told me that she had seen these footwarmers everywhere, and wanted one for the end of the bed. This is the first time I'd ever heard of a footwarmer. Basically it's a mini duvet that's only about 48" tall by 98" wide that you drape on the end of the bed. We went with a 3" ruffle on the edges. She bought all her fabrics off http://www.fabric.com/ 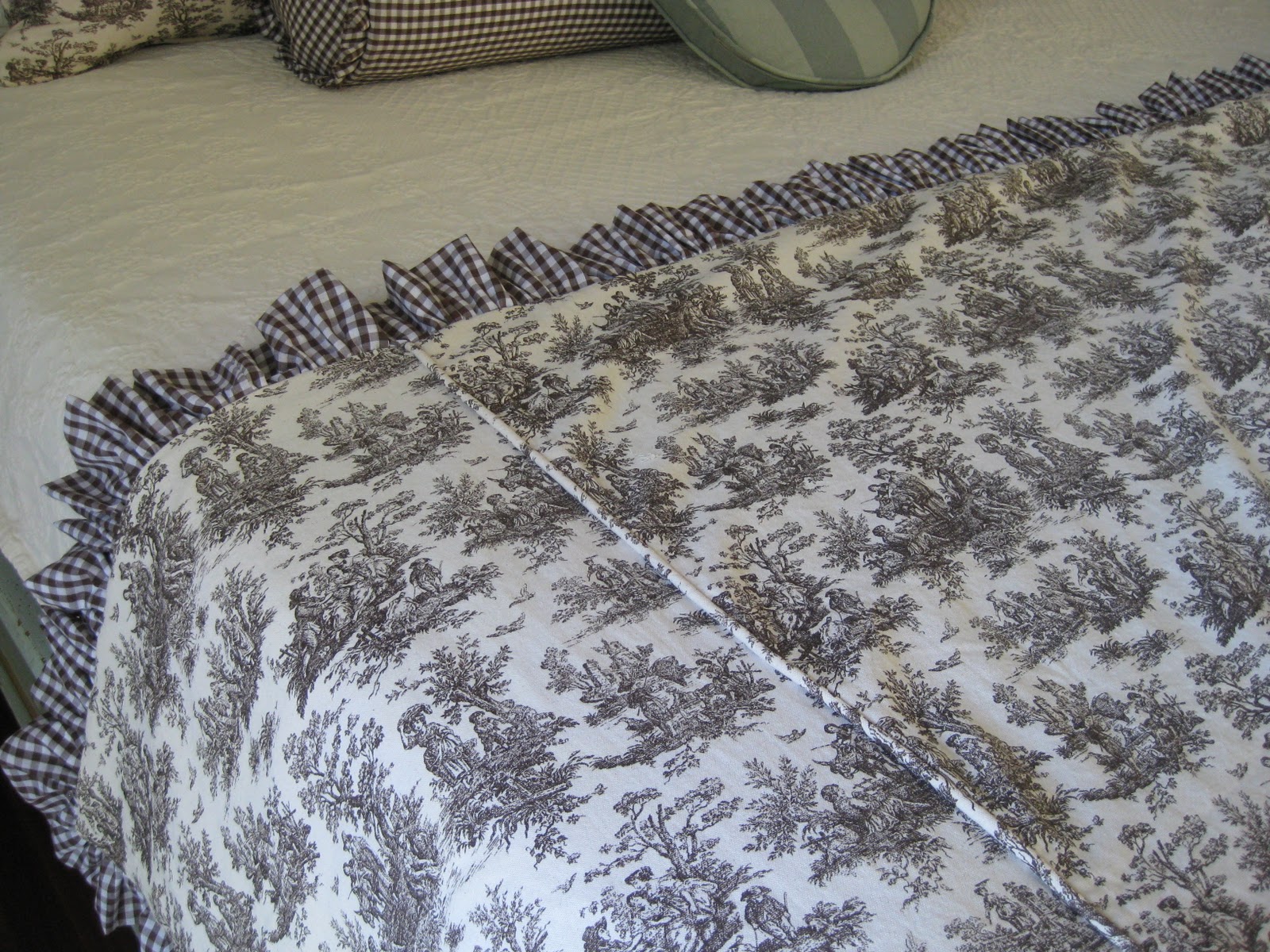 I ran piping down the seams on the footwarmer to finish it off where it had to be pieced. the back is out of the brown check, so she can always flip it over if she wants a change. 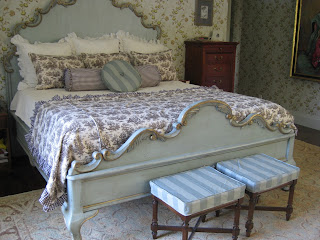 The footstools were from a consignment store,  which had navy blue upholstry on them. I made a little slipcover for both of them and ended the bottom with pipng so the wood legs could show.

Her room turned out amazing!!! We also slipcovered a couch for her bedroom out of the brown toile, which she decided to hold off on moving out of her family room until her new couch arrives in a few weeks. So when I go back I'll take pics of it then.

Posted by Slipcovers by Shelley at 5:59 AM

I love it! This bed and bedding is amazing together! Well Done, sista.

Shelley,your bedding is beautiful.
The footwarmer is called a "Scaldino"
It's Italian for little heater.

It looks awesome! The toile is gorgeous and the bolster isn't too shabby!

It looks beautiful, I love the fabric that was used! Great job!!!